This was one of the earliest stories I ever wrote, and it went through a lot of different edits and versions before finally being published. The original draft was something like 3,000 words. The final version, as you can see, is a whole lot shorter.

It’s raining again this morning, winter rain without colour. You’re lying in bed with him next to you, turned away, and you can see the dirty snow piled in the grey street through the window. You ask him if he’s asleep, and he doesn’t answer. You know he is awake. I think I might be, you tell him. He doesn’t turn over. Are you sure, he asks, muffled by the pillow. Not yet, you say. Don’t tell me until you’re sure, he says. Go to the doctor.

You don’t go to the doctor. It was two weeks late, but it came. I told you, he said. In those two weeks you felt stronger than you had in months.

You spent the morning washing clothes and dishes. The weather was turning warm, and you went for a walk through the park, watching the couples and the joggers, the young mothers strolling, talking of diapers and doctor’s appointments. You watched them passing, their heads full of schedules and routines, glowing with responsibility.

He called you at lunchtime. You were sitting on a bench, the trees and the grass bright after the spring rains. He wanted to know where his lunch was.

I was busy all morning, you said, then I went out. I didn’t have time.

What am I supposed to do for lunch, he asked.

Do you want me to come home and make you a sandwich, you asked.

No, he said. He sighed and huffed. I’ll pick something up.

This is the man you think you love.

The second time, you waited a long time before seeing the doctor. You were making sure, you told yourself, hoping. Hoping when really you were afraid he’d say you weren’t. You prayed every night for weeks. But the thick dark blood came anyway.

The third time, you waited two months before seeing the doctor. Congratulations, he told you. You’re going to have to do this, eat this, quit this. You were already glowing from the summer sun. Now you were shimmering, radiant.

When you got home you told him. Are you sure, he asked. You’ve said this before. Yes, you said. I went to the doctor this time. Well, what are you going to do, he asked.

What are you going to do?

This time the blood was bright, strong, flowing. I’m sorry, the doctor said. I don’t know if you will, ever.

That’s too bad, he said. Did it hurt you?

Tonight the ghosts will come out, rapping on your door with their plastic buckets and their greed. Outside, the cars leave tracks in the grey street, wet from the October rain. Winter will be here soon. 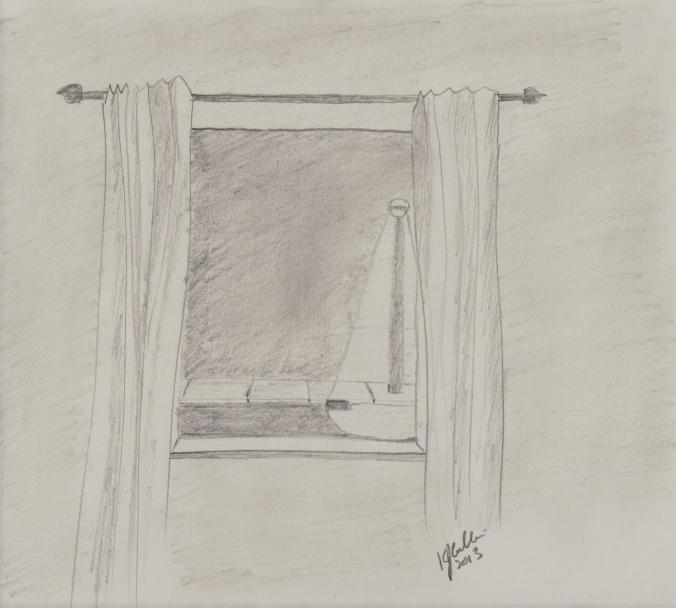 Originally published in The Puritan Magazine No. 3, Summer 2007.

One thought on “‘Cycles’”